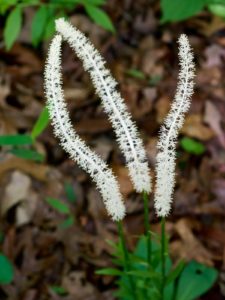 Origin: Derived from the rhizome and roots of the False Unicorn (Chamaelirium) plant native to eastern UNited States

Overview: False Unicorn powder is derived from the dried and pulverized rhizome and roots of a perennial herb called False Unicorn or Chamaelirium. It contains compounds and chemicals that are believed to stimulate the uterus, kill intestinal worms, and increase the production of urine.

It has been used by the Native Americans as an herbal remedy to normalize menstruation, boost female fertility, and to prevent miscarriages. Today, it is used to treat different problems as menstrual problems, pregnancy complaints, fertility issues, and ovarian cysts. It is also used as a diuretic.

Common Dosage: Currently there is no standard dosage for False Unicorn Powder