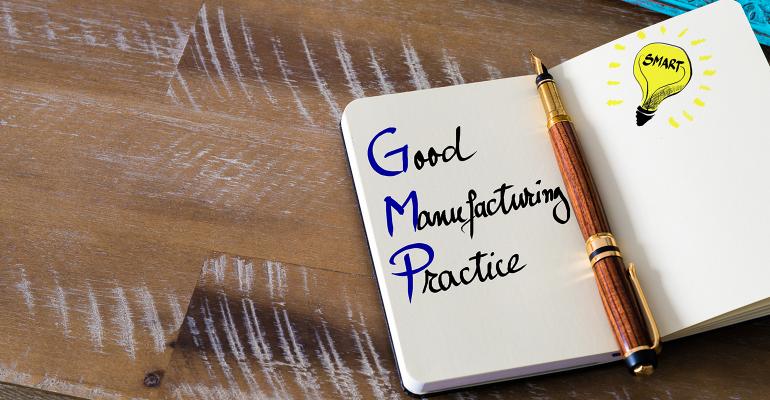 Supplement contract manufacturers are critical in the supplement industry as evidenced by the regulatory actions taken over the last decade. This decade of increased awareness for the element that best helps maintain a robust industry has dramatically changed the landscape. The implementation and enforcement of GMPs (good manufacturing practices) for dietary supplements is the impetus for this shifted landscape. That change continues even though what we are experiencing is a fermata relative to manufacturing scrutiny. This kind of pause in regulatory activity among contract manufacturers is temporary.

The first decade of de facto enforcement of the dietary supplement GMPs is complete. Contract manufacturers should not be getting warning letters detailing inadequate responses to inspectional observations regarding basic GMPs. Yet, warning letters continue to be issued to outlier companies that still cannot perform the basics.

Manufacturers that demonstrate quality and compliance in the industry must understand that the regulations detail “good manufacturing practices” not “perfect manufacturing practices.” While these regulations represent the minimum standard, they are not a complete definition of procedure, process or performance expected during daily operations. They are, however, subject to interpretation, and this is where the future lies.

While operation may run smoothly and fully comply with the regulations—based on past inspections and a lack of regulatory activity—more will be expected. Even without outstanding regulatory issues, contract manufacturers have opportunities for improvement or optimization. The status quo isn’t enough. FDA expects continuous quality improvement. The next rounds of inspections will delve deeper into the level of compliance outlined in GMP regulations, but also against FDA’s view and interpretation of them. Manufacturers can anticipate inquiries into how specifications are established and at what stage of manufacture are they applied. The next rounds of inspections will want to know how the identity of a dietary ingredient is affirmed through adequate testing. FDA will seek to understand the basis that a test method is scientifically valid. The next rounds of inspections will want to know more about the specifications for the identity, purity, strength and composition of the finished, packaged product. The devil will be in the details.

The common practice of exempting one or more specifications from testing at the finished product stage of manufacturing needs to be justified. That means controlled data and documentation. Details are needed on the identity of any blend of materials a contract manufacturer receives. Details are needed on the determination of critical control points exist within the manufacturing process.

Continual improvements in GMPs will be more closely evaluated in the laboratory area, if a contract manufacturer tests products itself or works with a contract lab. FDA will want to know how that laboratory is qualified, and the agency may note the location of the laboratory for follow-up. 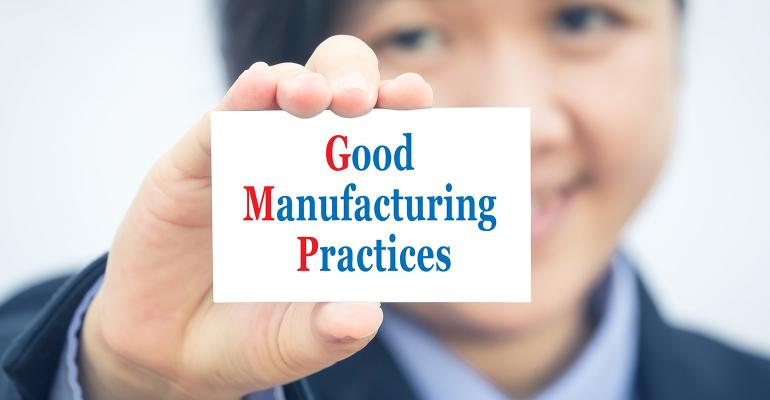 Supply chain management involves the careful oversight and organized handling of a product’s development flow, from purchase and receipt of the raw materials to its manufacturing, testing, label development, labeling, packaging and distribution processes with the various service providers in each segment of the supply chain.

Supply chain management is crucial for contract manufacturer selection because of FDA’s recent focus on the requirements under the Food Safety Modernization Act (FSMA), signed into law in 2011—rules that require firms to register their food facility in response to the Bioterrorism Act of 2002. The Act additionally gives FDA the ability to provide critical attention to “improved information management” to help protect the food supply. Under FSMA requirements, firms are required to have a written supply chain program. Not only “food firms,” but dietary supplement firms (i.e., own label distributors and contract manufacturers) as well, must comply per 21 Code of Federal Regulations (C.F.R.) 117 Current Good Manufacturing Practice, Hazard Analysis, and Risk-Based Preventive Controls for Human Food – Subpart G – Supply Chain Program.

In brief, Subpart G is comprised of eight sections:

In addition to these regulations, FDA issued a guidance document [link “guidance document” to https://www.fda.gov/downloads/Food/GuidanceRegulation/GuidanceDocumentsRegulatoryInformation/UCM583490.pdf] in November 2017 to assist the industry in understanding the necessary roles and responsibilities and areas of enforcement. 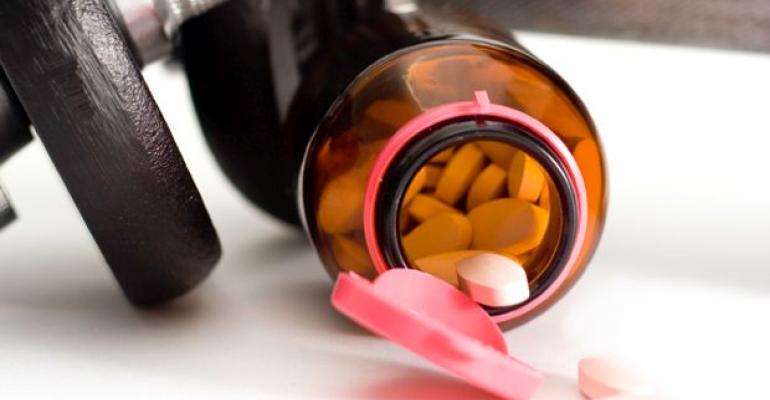 Patent filings directed to sports nutrition continue to generally grow year over year. The trend is particularly pronounced on a global scale.

The increase in patent filings (through 2016) of sports nutrition products has been occurring outside the United States, with a large portion of filings in China. Brazil and Russia, which are not usually on the top filer lists, have weighed in with a significant amount of patent filings specifically associated with sports nutrition.

Sports nutrition ingredients may be formulated into food products, such as modified foods or complete food formulations. Alternatively, specialized ingredients may be incorporated into single or multi-ingredient nutritional supplements. To be patentable, these types of formulations must include a unique non-naturally occurring single ingredient or a previously unknown combination of ingredients, among other innovative features.

Trademarks for sports performance products include some expected terms like “sport,” “perform,” “strong” and “fast.” Since these terms are common, they cannot be registered in trademarks on their own. Common terms and variations thereof must be coupled with more distinctive terms to obtain trademark registration.

Careful consideration is required to determine if a particular combination is available. Trademark availability searches from trademark counsel can help find a potential trademark that does not encroach upon the rights of a third party’s trademark.

Finally, a steady increase in the term “performance” may indicate the sports nutrition performance field is still growing. Opportunities still exist for innovative products and brands to carve out their exclusive rights in an exciting area of nutritional products.

This is an excerpt from the article, “Intellectual property trends in sports nutrition.” To read the complete article, download the Sports nutrition: Performance digital magazine. 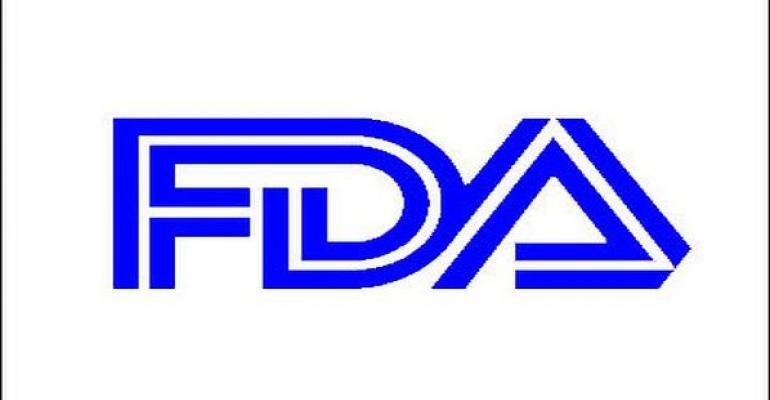 FDA investigators who inspect dietary supplement manufacturing facilities for compliance with cGMPs (current good manufacturing practices) are still often finding the same deficiencies more than a decade after the regulations were adopted.

In fiscal year 2018 (FY18), 75 inspections—or about 24 percent of firms that received a Form 483 inspection report for “observations,” or alleged cGMP violations—were cited for failing to establish product specifications for the identity, purity, strength and composition of the finished dietary supplement, FDA data revealed. This was the most common cGMP observation in FY18 year as well as in FY17 when 24 percent of firms (89 inspections) were cited for the same infraction, according to FDA data INSIDER obtained through the Freedom of Information Act (FOIA).

Over the years, FDA has repeatedly emphasized the importance of setting and following specifications for the identity and other key attributes of a dietary supplement. Without doing so, FDA and outside cGMP consultants have said, manufacturers have no reliable way to know and verify what is in their products.

Nearly half (274 inspections, or 46 percent) of the 591 inspections in FY18 didn’t receive a Form 483, which suggests those dietary supplement manufacturing facilities are fully compliant with the cGMPs.

There may be another silver lining. Data analyzed by the Natural Products Association(NPA) suggested an increasing number of firms cited in Form 483s for failing to establish product specs make the necessary corrections without requiring an admonishment from FDA in a subsequent warning letter.

NPA, a trade association founded in 1936 and led by former FDA officials, reviewed FDA warning letters to analyze alleged infractions of the cGMPs.

In reviewing the data dating back to 2010, NPA identified a change in the most cited cGMP violation. Through the first nine months of 2018, FDA most commonly cited dietary supplement firms in warning letters for failing to establish and follow written procedures for the responsibilities of quality control operations. In FY18 Form 483s, the latter cGMP infraction was the second most cited cGMP observation (52 inspections, representing around 16 percent of all Form 483s).

In the previous three years, the most common cGMP violation reported in FDA warning letters was related to specifications to establish when devising a production and process control system, NPA reported this week in a chart within a news release. The above infraction dropped to the third most-cited cGMP violation in 2018 warning letters, while the second most commonly cited infraction related to recordkeeping requirements for production and process control systems. 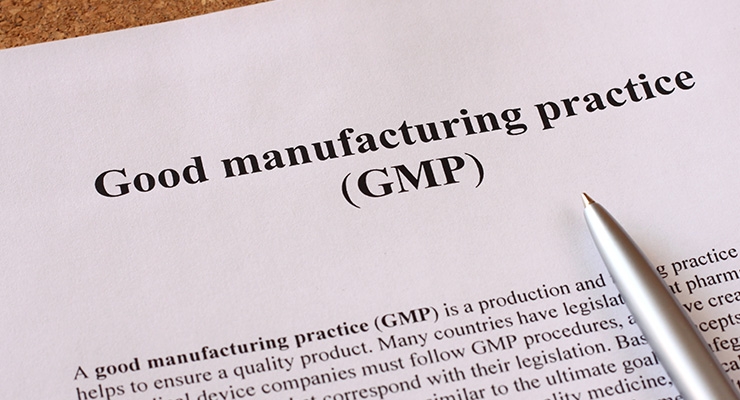 Over the past several years, the Food and Drug Administration (FDA) has focused its attention on compliance issues related to the dietary supplement industry, generally, and on current good manufacturing practices (cGMPs), in particular. Indeed, we have seen an increase in the issuance of 483s and warning letters to Private Label Distributors (PLD) for failing to have adequate standard operating procedures related to cGMPs.

The Federal Food, Drug, and Cosmetic Act (FFDCA) prohibits a person from introducing or delivering for introduction, or causing the delivery or introduction, into interstate commerce a dietary supplement that is adulterated for failure to comply with dietary supplement cGMP requirements (FFDCA § 402(g)). The cGMP regulations are located in Title 21 of the Code of Federal Regulations, Part 111.

To be clear, a PLD is ultimately responsible for products introduced or delivered for introduction into interstate commerce carrying its name and must ensure that the company and products are in compliance with all FFDCA requirements and pertinent regulations. Therefore, along with establishing standard operating procedures (SOPs) the PLD must implement directly, it must also develop oversight SOPs to ensure its contract manufacturing and fulfillment companies are in compliance.

The cGMP regulations provide for broad and general requirements. To the extent that these regulations apply to the PLD, step-by-step how-to instructions and detailed explanations must be identified in the SOPs to implement the cGMP requirement. Below is a broad outline of both the direct and oversight SOPs that a PLD must develop.

Oversight SOPs
As indicated, the agency has issued several warning letters emphasizing the importance of oversight SOPs for dietary supplement cGMPs. The letters stated that a dietary supplement distributor using contract manufacturers or labelers may be liable for cGMP violations by its contractors, explicitly noting that “‘agents vested with the responsibility, and power commensurate with that responsibility, to devise whatever means necessary to ensure compliance with the [FFDCA]’ can be held accountable for violations of the [FFDCA].”