Curcumin: Still on the climb

According to SPINS, 2017 sales of turmeric were more than US$4.8 million in U.S. conventional multioutlet stores—a 31 percent year-over-year increase compared to 2016. Additionally, the global curcumin market is expected to reach $110.5 million by 2024, a 137 percent increase from 2016, based on Global Market Insights data. Curcumin continues to climb, though several factors have the potential to impact the success of curcumin products. Consider these key market dynamics affecting the curcumin market.

Popularity & potential. Curcumin is enjoying a nod of approval from consumers seeking its health benefits, namely its anti-inflammatory effects. Natural Marketing Institute (NMI) reported mainstream consumer interest in using nutritional supplements to treat inflammation is on the rise; 30 percent of U.S. consumers were very interested in a supplement to manage or prevent inflammation in the body in 2017 vs. 19 percent in 2009. The anti-inflammatory effects of curcumin translate to several areas of health, with research supporting beneficial effects in cognition, mood and sports nutrition, furthering the reach of this powerful compound.

Ensuring efficacy & quality. Curcumin is challenged with poor bioavailability, which has led ingredient manufacturers and product developers to create solutions that ensure effective curcumin products. Though there are proprietary ingredients and formulation solutions—such as adding piperine to curcumin products—to address curcumin’s bioavailability issues, concern remains surrounding the efficacy of curcumin products. Some researchers, for example, question whether the supporting compounds in turmeric are necessary for curcumin bioavailability. Another challenge for curcumin is the threat of adulteration. The Botanical Adulteration Program reported curcumin has been adulterated with other Curcuma species, starches and dyes. More recently, the addition of undeclared synthetic curcumin or mixtures of synthetic curcuminoids to turmeric extracts has been reported.

Beyond supplements. Turmeric, from which the curcumin compound derives, is an increasingly popular ingredient in foods and beverages. However, food and beverage brands must use caution, as turmeric (and therefore curcumin) has only been approved by FDA as a food colorant and is not recognized for its medicinal properties. Therefore, turmeric should be listed as a coloring agent and not a functional ingredient, which seems like a bit of a grey area considering the many functional products using turmeric on the market.

The big question about turmeric and curcumin asks how long its explosive growth will last. Will this superstar spice ingredient sustain its popularity and reach omega-3 status or fade into the background as a once-hot natural product trend? Thanks to the wide body of data generated in recent years, curcumin’s benefits categories have broadened substantially.

Sports nutrition is an up-and-coming benefit sector for curcumin, especially in light of its potential to reduce inflammation and soreness caused by strenuous exercise. The antioxidant benefits of curcumin and its ability to modulate inflammatory pathways underscores its potential as an adjunct to recovery.1

In a recent randomized, double-blind, placebo-controlled study, curcumin was shown to be an effective supplement for recovery after strenuous exercise.2 An additional study also reported a reduction in 24-hour pain scores as well as increased muscle performance after a muscle-damaging exercise.3

Curcumin is also finding potential in heart health, where the effects of its anti-inflammatory properties are being researched. Recently, a highly bioavailable form of curcumin was studied in a healthy population to examine its role in endothelial function, which plays a critical role in cardiovascular health.4 Curcumin’s direct impact on healthy circulation was measured using flow mediated dilation (FMD).

The randomized, double-blind, placebo-controlled study showed supplementing with 200 mg of curcumin had a clinically meaningful impact on potentially reducing cardiovascular disease by up to 50 percent in healthy individuals.

As the buzz around turmeric and its active component, curcumin, continues to spread, market opportunities for these popular ingredients are expanding. 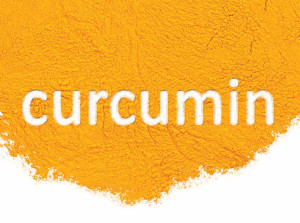