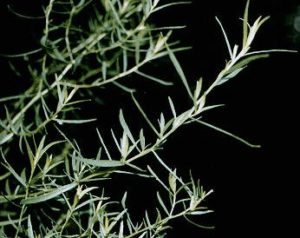 Origin: Extracted from the Artemisia dracunculus

Overview: Russian Tarragon is a plant that grows to the height of around 5 feet and is mostly used in the culinary industries. Russian Tarragon can be grown from seed but is much weaker in flavor when compared to the French Tarragon. As Russian Tarragon ages it loses much of its flavor but is still widely used as a culinary herb and can be cooked as an asparagus substitute. The herb has an aromatic property reminiscent of anise, due to the presence of estragole which is a known carcinogen and teratogen in mice.