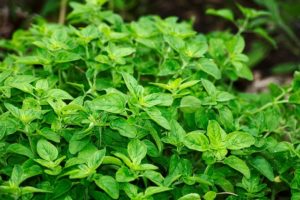 Origin: Obtained from the leaves of the oregano herb. The leaves and shoots of the plant are air-dried and then goes through a process called steam distillation to extract the oil.

Overview: Oregano oil powder is a substance derived from the oregano herb’s leaves and shoots. It contains phenols, terpenes, and terpenoids which have powerful antioxidant properties. It also contains carvacrol which inhibits the growth of several types of bacteria, thymol which supports the immune system and protects against toxins, and rosmarinic acid, a powerful antioxidant.

Common Dosage: When taken orally, it can be mixed into 237 ml of water.