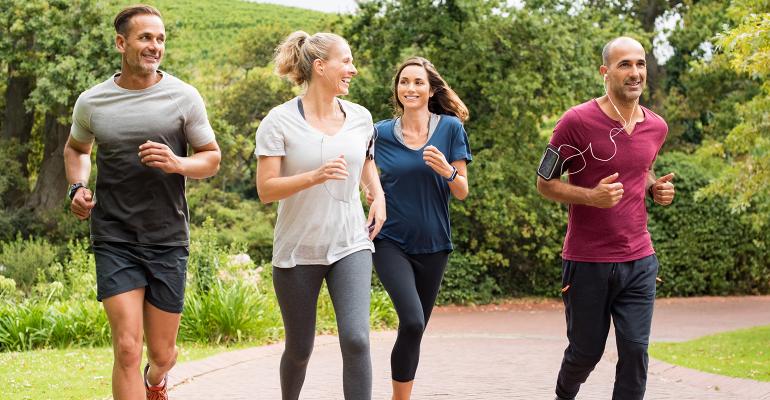 Nootropics and sports nutrition for the weekend warrior

Nootropics are compounds that improve cognitive function, and in some cases, brain health. They have been gaining buzz lately, which is not surprising since we are all striving to work harder and achieve more, and sustained focus is required to maintain that high watermark. One group that exemplifies the “work hard, play hard” lifestyle is “weekend warriors.” These individuals—who are tough competitors both at work and at play—are familiar with sports nutrition to optimize their bodies, but now it is time to “focus” on their brains.

When considering how sports nutrition can affect the brain, it is important to start with the basics of hydration and fueling, which can affect a wide range of cognitive domains. These topics have been addressed in research1,2,3 while two other important cognitive areas stand out for weekend warriors: focus and reaction time.

For people who compete in all aspects of their life, laser-like focus is paramount. For example, many weekend warriors engage in CrossFit or other types of high-intensity interval training, which demand pushing past physical and mental limits. Not only do they want to finish those workouts, they want to achieve new PRs (personal records) and feel the rush from knowing they just crushed that workout. In those situations, fatigue can dramatically reduce focus, and branched-chain amino acids (BCAAs) are one nutrition solution. It has been suggested BCAAs may delay fatigue by reducing transport of tryptophan, a precursor to the neurotransmitter serotonin that contributes to feeling tired.4 In a study of cyclists, the rate of perceived exertion and mental fatigue while cycling was significantly lower when they drank BCAAs vs. placebo.5 In soccer players, psychomotor performance was improved with BCAA consumption during intense interval training.6

Delaying exercise-induced fatigue is awesome, but weekend warriors do more than just exercise. They need optimal focus while at work and at play, which is where botanicals can play a role. Consumers who want to “hit a PR” at work, at home, at the gym or on the field (whatever “field” they choose to play on) must stay locked-in and on task wherever they are. Researchers demonstrate this by testing “sustained attention,” a cognitive domain we are all familiar with: sit down and do your work (or play with your kids) and don’t get distracted by your phone, calendar, Facebook or getting another cup of coffee. Studies have shown sustained attention can be improved by ingesting certain botanicals,7 allowing focus to be improved and maintained throughout a hectic day.

Another cognitive area to consider for weekend warriors is reaction time, or quick reflexes. Reaction time becomes important in a variety of popular, athletic contexts, such as mountain biking (to avoid major spills), HIIT (high-intensity interval) training or obstacle course racing (such as American Ninja Warrior)—just to name a few. Reaction time testing is generally done on a computer, which means full-body reflexes are not being captured, but only the contribution of the brain (and maybe a finger or two for keyboard tapping). Active choice reaction performance (ACRP) is more applicable to sports since it involves reaction time while moving the whole body. Certain botanicals have been shown to improve ACRP by testing people’s reflexes while moving their whole body.