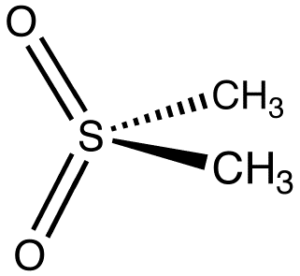 Overview: Methylsulfonylmethane (MSM) is an organosulfur compound occurs naturally in some primitive plants, is present in small amounts in many foods and beverages, and is marketed as a dietary supplement. It is sometimes used as a cutting agent for illicitly manufactured methamphetamine. It is also commonly found in the atmosphere above marine areas, where it is used as a carbon source by the airborne bacteria Afipia.

As a dietary supplement, it is used to treat a wide range of symptoms including relieving joint pain, reducing inflammation, and boosting immunity.

Common Dosage: The recommended dosage for MSM depends in the intended use. For muscle damage caused by exercise, 50 mg per kg of body weight is administered once daily for 10 days.