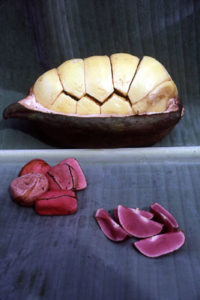 Origin: Derived from the Cola tree native to Africa

Overview: Kola Nut Extract 20% is derived from the fruit of the kola tree native to Africa. The fruit contains caffeine and is used as a flavoring agent in beverages like soda. In West African countries, it is chewed in traditional ceremonies.

Kola nut extract is also used in certain pharmaceuticals as an inactive ingredient. In the past, it was used as an ingredient in weight loss drugs and over-the-counter stimulants.

Kola nuts contain about 2–4% caffeine and theobromine, as well as tannins, alkaloids, saponins, and flavonoids.

Common Dosage: Since supplements containing kola nut extract is not regulated by the FDA despite its being approved as a safe ingredient, there is no available information on the standard dosage. However, manufacturers suggest 1 to 3 grams per day.