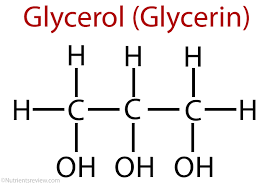 Hydromax Glycerol is a new ingredient that has gained much popularity within the supplement industry. This particular ingredient is used in many different products such as pre-workouts, intra-workout, and pump products as well. This ingredient is used to hydrate the muscles within the body as well as improve pumps and endurance. This ingredient is primarily taken orally within fitness supplements and helps to prevent dehydration during physical activity as well as improve muscular pumps when performing exercises with weights. This ingredient once consumed in the body is rapidly absorbed, metabolized through the liver and kidneys and then distributed throughout the body.

Hydromax Glycerol has been shown to be a safe and effective ingredient that helps enhance exercise performance. This ingredient can also be stacked with other supplements such as creatine monohydrate. Mixing these two ingredients together has shown to reduce the perceived rate of body exertion when exercising as well as reducing temperature within the body during exercise or strenuous activities. Other notable ingredients that are normally stacked with other pump inducing products as well as amino acids. Ingredients like taurine, leucine, agmatine, vitamin c, and nitrosigine.

The Hydromax ingredient is now being added to the majority of intra-workout supplements. Hydromax Glycerol plays a big role in intra-workout supplements because it keeps the muscle tissues hydrated and saturated and providing endurance throughout the training sessions to extend them longer which can allow one to train harder. This in conjunction with amino acids leads to faster recovery which aids in better muscle growth within the individual performing the exercise regimen.

Here at Durcap Labs we provide Hydromax Glycerol as one of our premium ingredients. Let us work with you to develop your next product for your next line using this amazing ingredient. To get the process started visit us online at www.nutracapusa.com