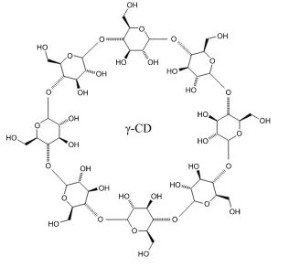 A big deal in carbohydrate supplementation involves the use of designer glucose polymers called highly branched cyclic dextrin’s (HBCDs). Many supplement companies and manufacturers are using HBCDs in their carbohydrate formulas and some companies even sell HBCDs as a standalone product as well. So what are HBCDs, how do they work, and how can we use them as a tool to take our training, nutrition, and performance to the next level?

Many of the companies that use carbohydrate supplementation involve taking natural starches like the amylopectin that is found in waxy maize and modifying their molecular structure to increase molecular weight as well as the extent of branching/crosslinking. Increased molecular weight reduces osmolality in solution, speeding up the gastric emptying process. When you do this you get the result of an ideal carb source; one which can pass through the stomach at a rapid pace providing a quick but also contain a sustained release of glucose into the blood stream. With this process as the mindset we have no seen highly branched cyclic dextrin’s (HBCDs) created for carbohydrate usage. Highly branched cyclic dextrin’s are a new type of glucose polymer that is produced by reacting waxy maize starch with a special branching enzyme, forming a cyclical structure. When you complete this process you get a carbohydrate source that rapidly passes through the digestive system but also keeps glucose levels sustained within the body.

Many studies have been done with highly branched cyclic dextrin’s by the way of mice. The mice who were given the HBCDs showed an increase in swimming rate while mice that were not given HBCDs were shown to show fatigue much quicker. There are many big advantages to using these high molecular weight glucose polymers in your intra-workout nutrition. First this form of carbohydrate provide a very rapid and sustained release of blood glucose. How rapid vs. how sustained depends not only on molecular weight but also on the overall molecular structure which determines how fast it can pass through the digestive system. The second advantage to using high molecular weight glucose polymers is that that they have a very low osmolality in solution. Unless you are an endurance athlete, you probably include some type of protein isolate or hydrolysate in your intra workout nutrition. The last thing you want to do is delay absorption of this “fast” protein by delaying gastric emptying with high osmolality carbs. Overall HBCDs have shown to be a superior carb to many others on the market just due to their molecule weight which gives a rapid but sustained release of glucose and passes through the digestive track at a high rate.

Here at NutraCap Labs we carry highly branched cyclic dextrin’s in our wide array of ingredients. Let us help you put together your next product for your line of products using this great ingredient. Visit us online at www.nutracapusa.com today to get the process started.