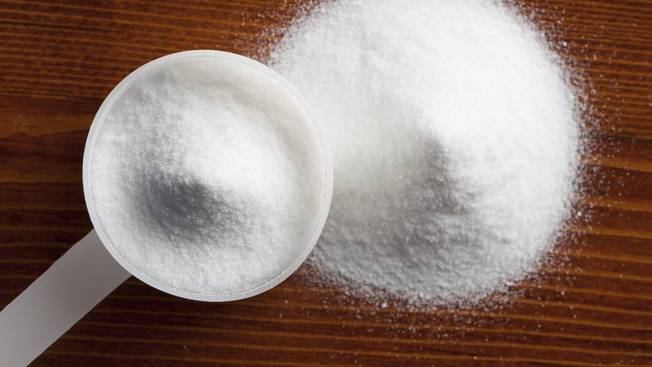 What is not to love about glutamine? This ingredient is used in a wide array of supplement formulations on the market. Each time a person goes to the gym they put a pounding on their central nervous system which in turn puts a hurting on one’s immune system. This is especially true for those athletes doing high intensity workouts or those working out with weights as resistance training. When the immune system is lowered there is a much higher risk for infection and disease which could lead one to miss workouts all together.

So what are the benefits of this great supplemental ingredient? Well for starters one study showed oral glutamine administration on long distance runners and rowers during the seven days following exercise compared to a non-exercising control group. This study showed that the subjects exercising showed glutamine levels were decreased by 20%, white blood cells were increased, and there was a decrease in the numbers of lymphocytes. Those exercising individuals who took oral glutamine however showed a better ratio of T-helper/T-suppressor cells and also reported fewer infections as well. From this study it is suggested that supplementing with glutamine after intense exhaustive exercise can enhance the ability of the immune system to deal with the stress of the workout.

Glutamine is also very successful for helping those recover who are doing resistance training with weights. Overtraining is very common in the realm of resistance training activities. Those who over train likely do not get the recovery they so desire due to lack of rest and lack of proper supplementation.  Glutamine however has been shown to help those who may not be getting enough rest to help recover for their next resistance training session.

Glutamine taken throughout the day usually in between meals, before your workout, during your workout, and after your workout can help immensely with recovery. Research has also shown that after two grams of oral glutamine were administered to nine healthy subjects, ninety minutes after taking the supplement the subjects showed increased circulating levels of plasma growth hormone and plasma bicarbonate. While the differences may not be extremely significant, every little bit will help promote your muscle-building efforts as well as recovery, so glutamine is certainly worth giving the time to in your supplement regiment.

From all of these points, we can see that glutamine is an effective tool for increasing workout performance and would be beneficial to start using. Many of the products out on the market will combine glutamine along with other ingredients, so then you may get more benefits than what’s just listed in this article, but don’t think you have to purchase these if you can’t afford it. A straight forward glutamine product can be very beneficial in itself, so if that’s what you choose to invest in, that it will be a smart decision.