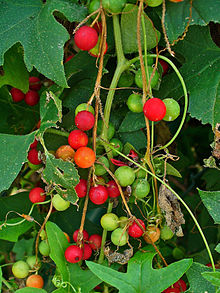 Origin: The roots of the Bryonia Laciniosa plant is used as an ingredient in supplements.

Overview: Bryonia Laciniosa is an Ayurvedic herb traditionally used as an aphrodisiac and anti-aging supplement. Today, it is commonly used as a testosterone-boosting ingredient due to its ability to support male sexual behavior and fertility. The plant’s root contains a resin that possess a strong laxative effect

Its fruit contains phytochemicals such as terpenoids, flavonoids, triterpenoids, and saponins as well as the omega-5 fatty acid punicic acid,, goniothalamin, and glucomannan.

Common Dosage: Currently there is no information on the standard dose for Bryonia Laciniosa