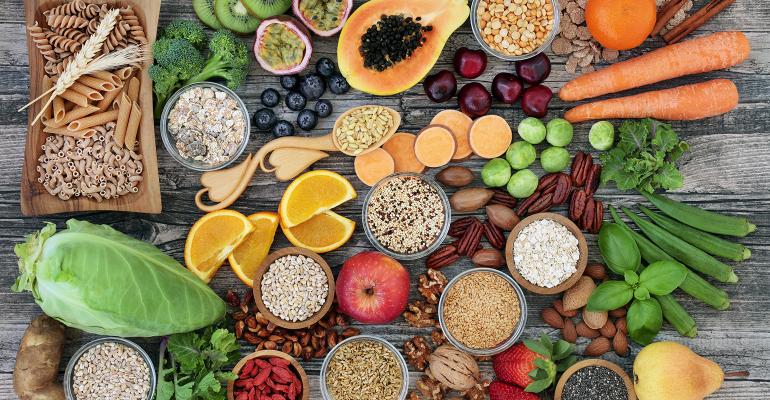 The role of proper nutrition on overall health and well-being is well documented, leading more consumers to seek functional food and beverage products made with recognizable, functional ingredients that address specific dietary needs. Data from the International Food Information Council’s (IFIC) 2018 Food & Health Survey found at least 80 percent of consumers rank vitamin D, fiber and whole grains as the top healthiest nutrients they look for when shopping for food.1

However, good intentions often fall by the wayside. Case in point: fiber. Americans consistently fall far below the recommended daily intake of 25 g of fiber, which is why the 2015-2020 Dietary Guidelines for Americans (DGAs) labeled it as a shortfall nutrient that poses a public health risk (along with vitamin D, calcium, potassium and iron for premenopausal women). 2

In the United States, the recommended dietary fiber intake is 14 g/1,000 kcal. For an average adult, this means a daily intake of 25 g for women or 38 g for men; however, most Americans only consume about half of the recommended intake (13.5 g and 18 g, respectively), according to the Calorie Control Council.

This “fiber gap” also was addressed in May 2016 when FDA released its updated Nutrition Facts label for packaged food and beverages sold in the United States to reflect new scientific information, including the link between diet and chronic diseases such as obesity and heart disease. The sweeping overhaul was the first in 20 years, and included FDA’s first evidence-based definition of “dietary fiber” and an increase of its daily reference value (DRV) from 25 g to 28 g. Food manufacturers must comply with the new labeling rules no later than Jan. 1, 2022.

Prior to 2016, food and beverage manufacturers could declare synthetic or isolated fibers as dietary fiber on the label, even if they did not have a physiological effect beneficial to human health. The 2016 evidence-based definition allows naturally occurring fibers in fruit, vegetables and whole grains to be considered fiber, as well as seven other isolated (i.e., extracted from plant sources) or synthetic non-digestible carbohydrates (NDCs) or synthetic fibers—beta-glucan soluble fiber, psyllium husk, cellulose, guar gum, pectin, locust bean gum and hydroxypropylmethylcellulose—that are well-recognized by the scientific community for their physiological benefits.