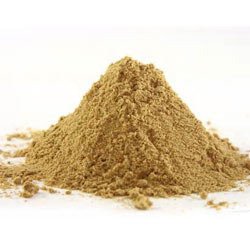 Ashwagandha has become one of the most popular herbs in use in the Western world.  With all that Ashwagandha has to offer the benefits are amazing. Ashwagandha has been used by Ayurveda for thousands of years as a rejuvenation and an adaptogenic herb. This means that it is used to help the body resist things such as physiological and psychological stress. Ashwagandha is used to tone, support, and revitalize many of the human bodily functions. It has been revered over time for its dual capacity to energize and calm simultaneously as well as give a good sense of well-being. Stress can cause fatigue, as well as show symptoms of signs such as agitation and difficulty sleeping.

Ashwagandha helps these symptoms by providing a nourishing, energizing effect that can support a healthy nervous system. When stress doesn’t impact the nervous system as strongly, these particular signs will naturally resolve over time allowing for a calming effect. The quality of ashwagandha makes it a prime supplement to use in the toning and rejuvenation process. In addition to its dual energizing/calming effect, ashwagandha offers a number of benefits such as supporting a healthy immune system, mental calmness, healthy sleep patterns, healthy reproductive systems in both males and females, sustained energy levels, strength, as well as joint support.

Ashwagandha is used in Ayurveda to balance things such as vata. Ashwagandha is typically used in excess. Many people recognize ashwagandha particularly for its building, strengthening, and nourishing nature. It is used for the same reasons as listed in the Benefits section above, particularly to support healthy muscles and reproductive systems. Ashwagandha is available in powder and tablet forms, and as a liquid extract. The traditional use is as a powder, mixed with warm milk and honey, and taken before bed helps to foster healthy sleep patterns, reproductive system, and strength. A general dose can be 1/4 to 1/2 teaspoon once or twice daily.

Ashwagandha has also shown to give a neurological boost to brain properties to help with issues such as focus and mental well-being. Studies also suggest that Ashwagandha has many anti-cancer properties. Chronic stress puts a high taxation on the body and the mind and Ashwagandha is now helping to regulate the stress put on the mind and the body. Degenerative diseases such as Alzheimer’s as well as Parkinson’s disease have also been shown to have positive effects by using Ashwagandha.

Another notable property of Ashwagandha is its effect of testosterone boosting. Ashwagandha seems to directly increase the luteinizing hormone. Many studies have found that infertile men who are given 5 grams of Ashwagandha for 3 months raise their testosterone levels by 40% on average in comparison to placebo. It also has adaptogenic properties of the herb reduce cortisol which maintains testosterone molecules intact raising free and total Testosterone as well as adding a boost to HDL cholesterol that is the direct precursor to testosterone.

Here at NutraCap Labs we have Ashwagandha available in our vast list of ingredients. Visit us online at www.nutracapusa.com and use Ashwagandha in your next product developed by us.