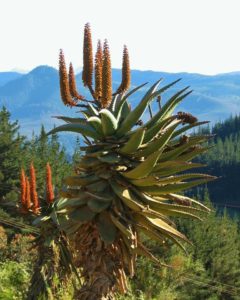 Aloe ferox is a single-stemmed succulent evergreen that is often used to make the purgative medication called bitter aloe. Its sap contains the compound anthraquinone which is used as a laxative. It can also produce a non-bitter gel which is often used in cosmetics.

Common Dosage: Currently there is no standard dosage for Aloe ferox.